Build a mosque in this world and build your palace in Jannah
A dedicated place to practice and share your faith is so important, but within Muslim communities in the developing world, they don’t always have this option. Donating towards the building of a blessed Masjid ensures our brothers and sisters in Asia and Africa can share in the same joy! Donate just £100 a month to The Mosque Project, and we’ll team you up with other supporters doing the same. Together you will build an entire mosque, and we will send you a full feedback report upon completion. For the ultimate in ongoing reward, be part of our “build a mosque each year” scheme. You’ll join with your brothers and sisters as a "mosque committee" to build a mosque for a community in Asia or Africa every year. Why Should I Donate? “Whoever builds a mosque, desiring thereby Allah’s pleasure, Allah builds for him the like of it in paradise.” [Bukhari] 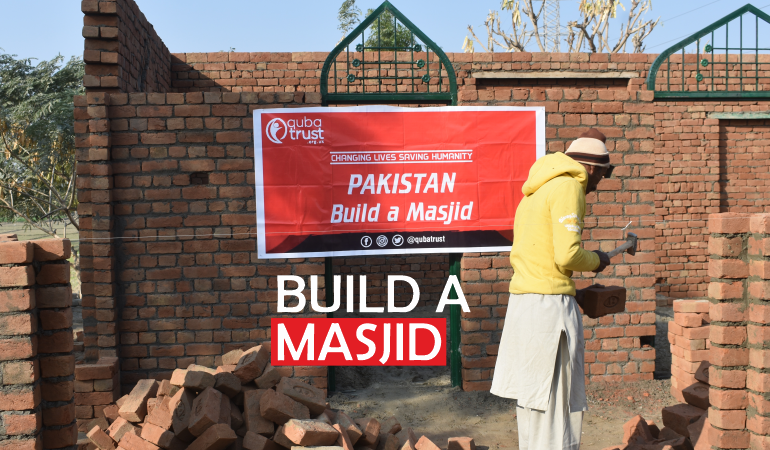